I wander through this campus and what I see is opportunity. The opportunity to help others. Of course I see those students with smiles on their faces. Those students wandering around in groups that have already found their place and feel that they belong. But then you see the loners. The kids just struggling to get by everyday. You see a girl crying on her cell phone. But most of these kids keep themselves hidden from the outside world. I want to find them. I want to help. But how do I go about doing this?

I’ve been where they’re at. Not just after my accident but before. Times when I had everything going for me but I felt that the world was against me. I’ve had times before my accident where I would cry myself to sleep. I would go for months where I would have to call my mom multiple times a day just to hear her voice to assure me that everything would be okay. But no matter how many times I would call her I would still feel the same.

Back in 2006 I went through hell week for my fraternity. At the end of the week all I wanted to do was get out of there but because I had chosen to live there all I could do was walk upstairs to my room. I could not remove myself from the situation. I was now living amongst  those people that just spent their time hazing me for the last week. It was September and there was no way I could get out of there until January.

The only place that I could escape to was my best friend’s dorm. I should have chosen to live with him that year but instead he was living with someone else because I chose to live in the fraternity. He went through hell week with me but then he got to distance himself from the situation. So he snapped out of it and moved on but I was still stuck in that world. I would visit as much as I could but pretty soon I overstayed my welcome. His roommate did not want me there as much as I wanted to be there.

When I would visit my best friend it gave me a reason to smile. But my home was the fraternity house which did not feel like a home at all so I felt that I did not belong anywhere. I got on different antidepressants but I never gave them a chance. But what I really needed to do was to remove myself from the situation.

At the end of December I found a new place to live and everything finally started to look up. I somehow managed to find a luxury townhouse with three bedrooms, two bathrooms, and a three car garage all to myself for just $500 a month.

No one wanted to visit me at the fraternity house but now my place became an escape for others. It was the place to party and it was where I started to smoke marijuana on a daily basis. Marijuana became my escape  and I thought it was what made me happy. But it was just the easy way out.

Now I felt on top of the world. I threw out-of-control parties which gave me great satisfaction. I felt incredibly happy but I wish I would’ve looked back a year earlier when I was truly happy. A year earlier I lived in a small dorm for a scholars program called the Mount Leadership Society. I was surrounded by great people and great friends who were incredibly ambitious and driven just like I was. My life was structured and I would volunteer and take part in leadership training over the course of the year. I did not need marijuana to make me happy. I found joy through helping others. It did not take a huge luxury townhouse to make me happy.

For the next couple of years I lived this out-of-control lifestyle. I think this blog may be misleading about what my story is all about. In this blog I talk mostly about overcoming a tragedy and transforming my life. But my book talks about my out-of-control lifestyle and how I ended up at that point. I wrote about all the crazy shenanigans that pulled while I was in college. I was absolutely reckless and I think that you will have a good laugh hearing about all that I did. For example I went on a houseboat trip and found a redneck selling chickens on the side of the road. I bought two chickens for $10 and snuck them on to the houseboat. Anyone that knew me before the accident in college knows that I’m a completely different person now.

This lifestyle was not sustainable. In the spring of 2008 I stopped smoking marijuana so that I could apply for internships for civil engineering. I have severe ADD so I went to the doctor and they gave me a prescription for Adderall. I was extremely productive but I felt like a zombie and fell into a deep depression. I was so tempted to smoke but I did not because I did not think it would be worth it. This was another period where I would call my mom 10 times a day just to hear her voice and have her assure me that everything would be okay.

I had no reason to be depressed. I had everything going for me. But depression is sometimes unexplainable. She knew something that she wanted to tell me and she assured me that within a month I would have a huge smile on my face. That was when I was accepted into the Sphinx Senior Class Honorary. The highest honor that can be accorded a student at the Ohio State University.

When I was linked into Sphinx I was still taking Adderall. It made me emotionless and numb to the world. I wanted to smile and laugh or cry but I could not. As the bell tower at Orton Hall played Carmen Ohio and we took the long walk down the Oval I saw my family and my mom was crying because she was so proud of me. This is what she wanted to tell me about. As the day went on and we went through each ceremony my depression quickly faded away. It took something that significant to fall out of my depression and I do not know how long it would’ve lasted if this never happened. 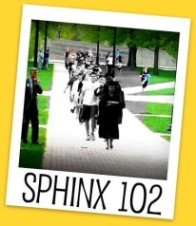 That summer I chose to work with my dad rather than to get an internship. After work I would sneak over to a friend’s house to get high. My parents knew something was up but they couldn’t stop me. I went back to Columbus and that was when things really got out of control.

Over the next couple months I would accumulate $15,000 in debt from credit cards and loans. I was growing marijuana in my closet. I went through a huge drug binge and I did not go to class for four weeks. At one point the stress was too much and I did not sleep for six days and afterwards ended up in the psych ward. I did not sleep because I was so incredibly depressed about everything that I had done. I had no idea how I was going to climb myself out of that hole.

I got my mind back and my life back together and eventually I was back to Columbus. But soon enough I was smoking marijuana on a daily basis. I was once again living an out-of-control lifestyle. I lasted almost 2 years until I had my second manic episode and the crash came.

I talked about it before but during that first year after the accident I fell into the deepest depression of my life. I know what it’s like to think that it would no longer be worth living. I contemplated suicide and thought that all of my hopes and dreams were crushed. I had to come to terms that I would never walk again.

Now that I’ve been through all of that I want to work to prevent others from suffering through what I went through. I want to be a mentor to others. I want to help others one-on-one. I want to help those who keep themselves hidden from the outside world because they think that their life is no longer worth living. I need to find these people so that I can give them hope. So that I can help them realize how much they have to live for. To help them realize never to take anything for granted.

I look at my schedule for September and it is sad because I have no speeches lined up. So I’m going to work hard to try and fill my schedule for the next month. The problem is is that most of those people that keep themselves hidden are not going to come out to a speech. So a better goal than finding speeches is to work as hard as I can to get this book published as fast as possible. Maybe I can reach them that way.

I want people to cherish every step they take. To cherish being able bodied. For those living with a disability I want them to realize that they still are capable of accomplishing great things. Having a disability was a huge wake-up call to me. I appreciate my family and friends so much more. I now have patience when before I had little or no patience. I appreciate the little things in life so much more. I want to help people realize how much this world has to offer. To push people to try something and to find what they truly love and what truly makes them happy.

If you are struggling right now and you need help don’t hesitate to contact me on Facebook. Just shoot me a message and I’ll be glad to get back to you. Because helping others is what truly makes me happy.

3 thoughts on “A Search for the Misfits”

View all posts by achelbling